Protecting our power grid from a solar attack 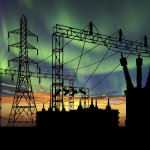 It took last year’s terrorist attack, to bring a small part of the vulnerability of our power grid to light.  As the president of the only US manufacturer of transformers recently said, “we’ve always known that with a couple dollar bullets, you can take out a transformer worth millions of dollars.” Just about every expert agrees that an attack on just a few of the nation’s 2000 major transformers could easily bring down a moderate portion of the American power grid for weeks, maybe even months.  What about the natural events, instead of the man-made, which threaten not just a moderate portion, but the entire American grid?  We have been among the small few warning that a solar attack, such as the one which already occurred over 150 years ago, would cripple our entire American power grid for years, maybe permanently!

Only preventative protection now, can protect us from an event, which could happen any day, and would take our entire country or world back to the technological Stone Age.

Yesterday’s front page of the Wall Street Journal reported, “Transformers Expose Limits in Securing Power Grid.”  The Journal’s Rebecca Smith pointed out, “the glue that holds the grid together is a network of transformers, the hulking gray boxes of steel and copper that weigh up to 800,000 pounds and make it possible to move power long distances.”  Because these giant 400,000 pound boxes are supposed to last 40 to 50 years, few companies world-wide manufacture them, much less in the US.  As Ms. Smith explains the problem with replacing just one transformer in our power grid is both time consuming and expensive, taking upwards of two years to manufacture to order, deliver, install and bring online, at a cost of up to $8 million.   Imagine trying to replace all of them after being damaged, and without power or delivery systems to do so?

Just how bad would it be?  A Congressional EMP Commission report warned that within 12 months of a catastrophic EMP event (man-made or natural), some 66% to 90% of the entire U.S. population, more than 200 million Americans, would die from starvation, disease and societal collapse.  A repeat of the Carrington-Event would not take out the American and every other nation’s ability to produce power, but potentially all other technology that relies on electricity:  utilities, communications, delivery systems, health care, food processing & manufacturing, and entertainment.  With the worst case scenario, all our iPhones are gone for a very long time.

The logical conclusion is we need to protect ourselves and our grid.

What would it take to protect the grid from a solar attack, which is imminent?   At a minimum, $200 million, to protect the 300 most critical transformers, based on the bipartisan Congressional EMP Commission’s report.  In Congress, the SHIELD (Secure High-Voltage Infrastructure for Electricity from Lethal Damage) Act was passed last year, to do just this, but is held up in the Senate from the usual political bickering.  Perhaps we need to speak louder?

What do we need to protect ourselves?  We have to each become more self-reliant and not plan on protection from our federal and state governments.   Preppers call this going off-grid.  But, even more is needed, “Make sure that you have enough food, water, and resources to survive for upwards of a year or longer, is a minimum.” warns ML Banner, the author of a new fictional novel called Stone Age.

Yes, another Carrington-type event will occur, perhaps any day now, and yes our way of life would be changed inexorably.  What is less certain is what we do as a nation and as individuals to protect ourselves from the devastation and loss of life that will happen.  It is up to each of us now to take action.